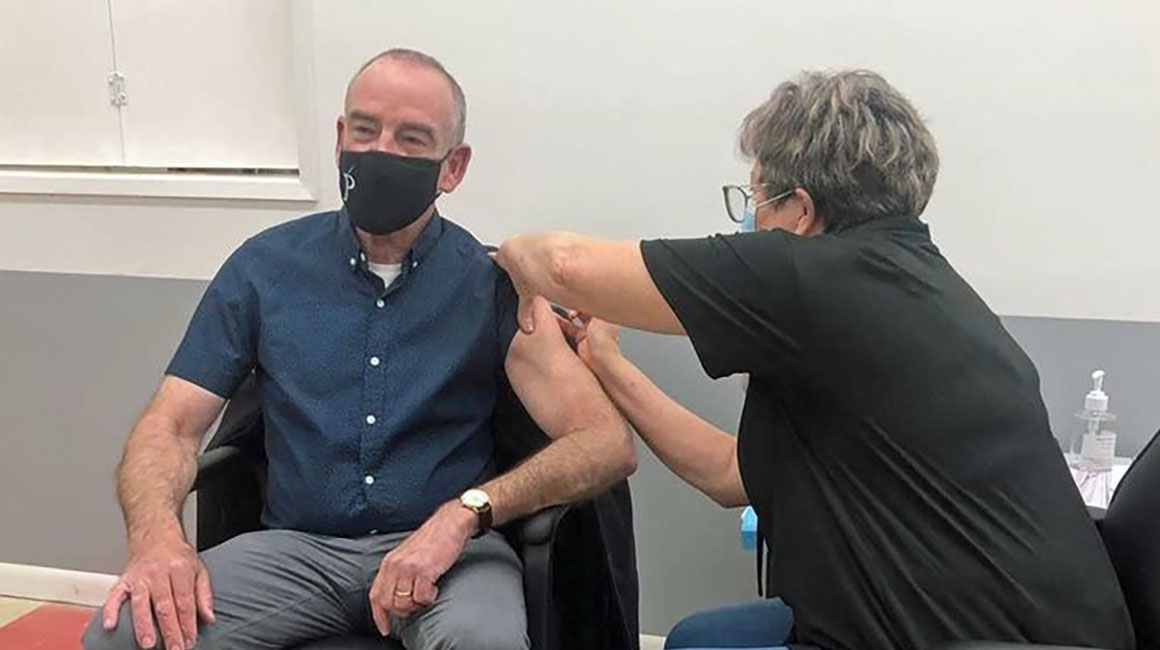 I had my shot at a pop-up clinic at the Herman Prior Activity Centre in Portage la Prairie. The pop-up clinic was a godsend in our city, especially for seniors who couldn’t do the drive to Morden, Brandon or Winnipeg. As Mayor, I’ve been contacted by a few seniors who were worried about the drive—one is a 96-year-old woman who lives independently and she wanted the vaccine, but she was worried about transportation to one of the super-sites. The pop-up clinics are also great for working people who don’t want to lose too much time out of the day to drive to another city. We really appreciate that the province is holding pop-up clinics here periodically and hope they continue.

When I got the shot, I didn’t feel a thing. The immunizer, Pat Nodrick, was a retired nurse and she was very skilled. It turned out the nurse was my former neighbour when we were kids growing up in downtown Portage la Prairie. Everybody’s connected to everybody here!

I had the Moderna shot and my wife had the AstraZeneca. We’re both fine. I share that with people. According to what the doctors are telling us, this is a no-brainer: get whatever vaccine is available.

In terms of after-effects, I was told no vacuuming for six months, so I’ve tried to convince my wife of that. (Just kidding, but don’t tell my wife!)

Portage la Prairie has a long tradition of neighbours helping neighbours, and I think that’s been front of mind for people here. By getting the vaccine, they’re trying to help their neighbours, including the elderly and immunocompromised people. My in-laws live in a congregate living setting. If we’re vaccinated and they’re vaccinated, then eventually we’ll be able to share a meal without a glass divider between us.

As well, by keeping ourselves and our community safe, we can help our hospital here in Portage la Prairie. Elective surgeries were postponed because of COVID and I look forward to when people can go back to getting the surgeries that they need.

I’ll also say that we have really, really good neighbours. There’s an urban reserve in Portage la Prairie owned by Long Plain First Nation. They had extra vaccine doses, and rather than let those expire, they vaccinated a bunch of our first responders. I know some of the Portage firefighters who got the vaccine are happy and relieved. We were very gratified that happened—having good neighbours like that really makes a huge difference.

There’s a couple of lessons to take from the past year. I don’t know anybody who had a cold this year—we prevented colds and flus with handwashing. On the plus side, some delicious and healthy meals were prepared at home. In our city, our active transportation paths were well-used, with everyone exercising more to help our mental and physical health. On Crescent Lake in the centre of the city, the ice froze beautifully in a single day, and more rinks were cleared than in previous winters for kids and adults to have physically distanced fun. Also, this year people were focused on shopping locally and trying to support local businesses.

When COVID improves, I’m looking forward to getting together with a whole bunch of friends and family and having a big party. And although we’ve been getting takeout, I look forward to going into a restaurant in downtown Portage la Prairie and having a meal with friends. I haven’t done that in a year! 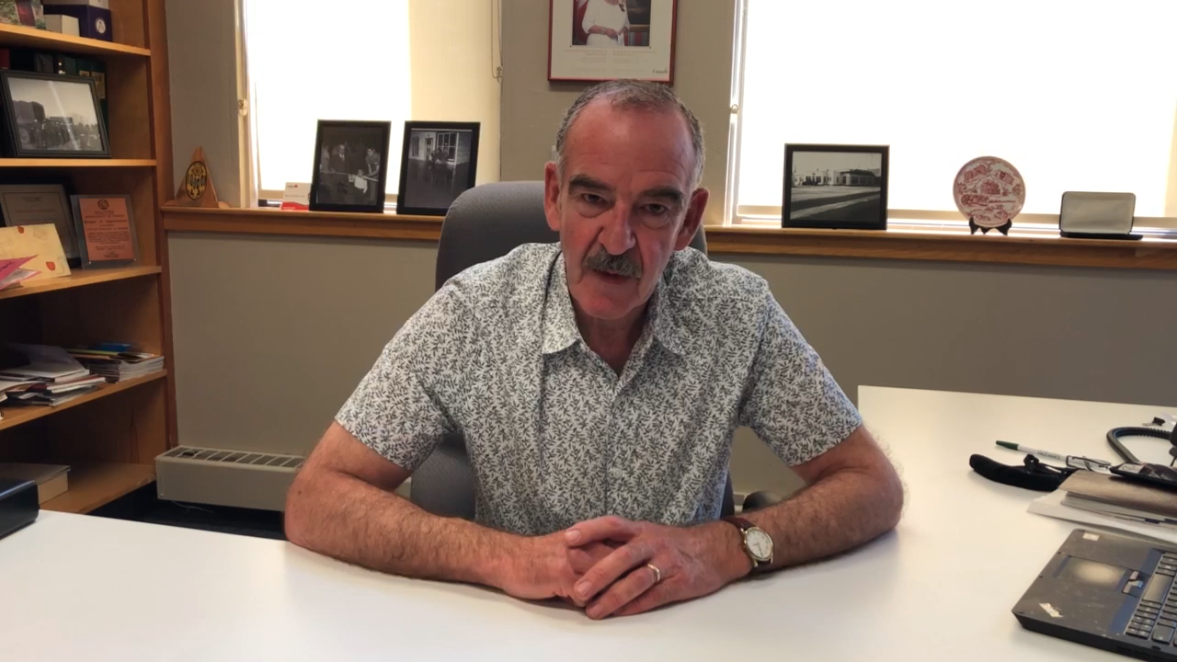 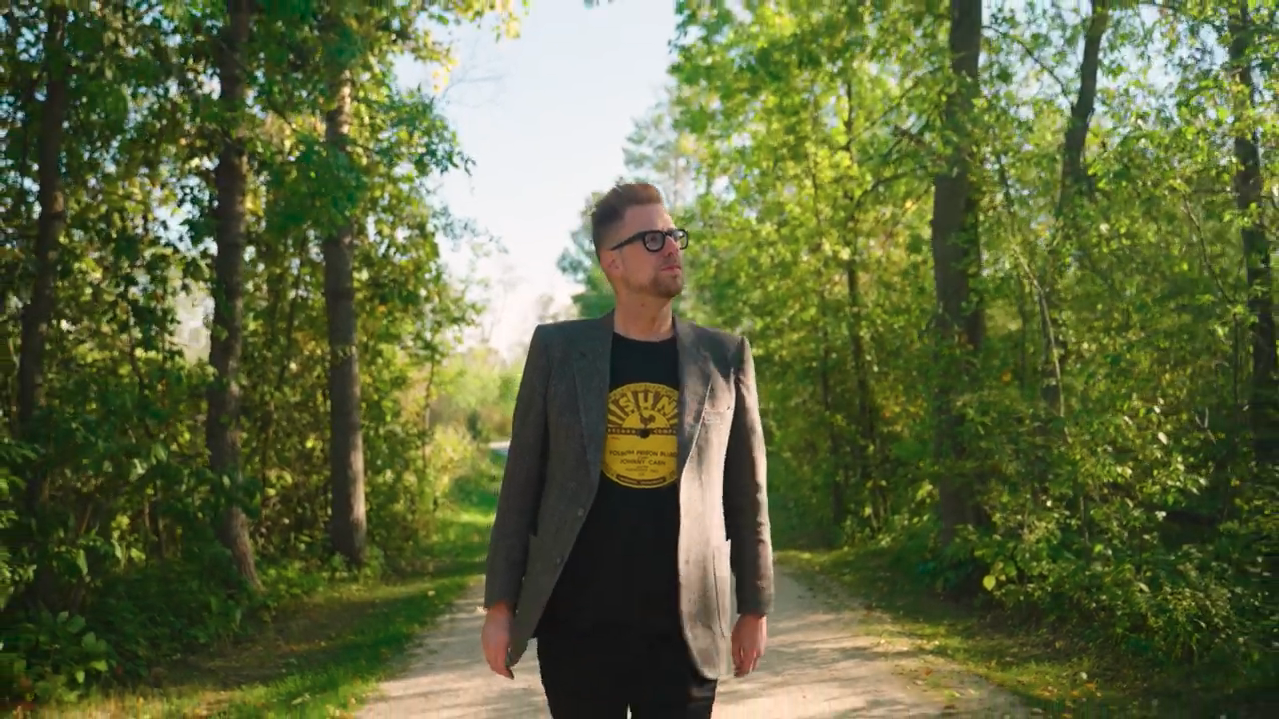 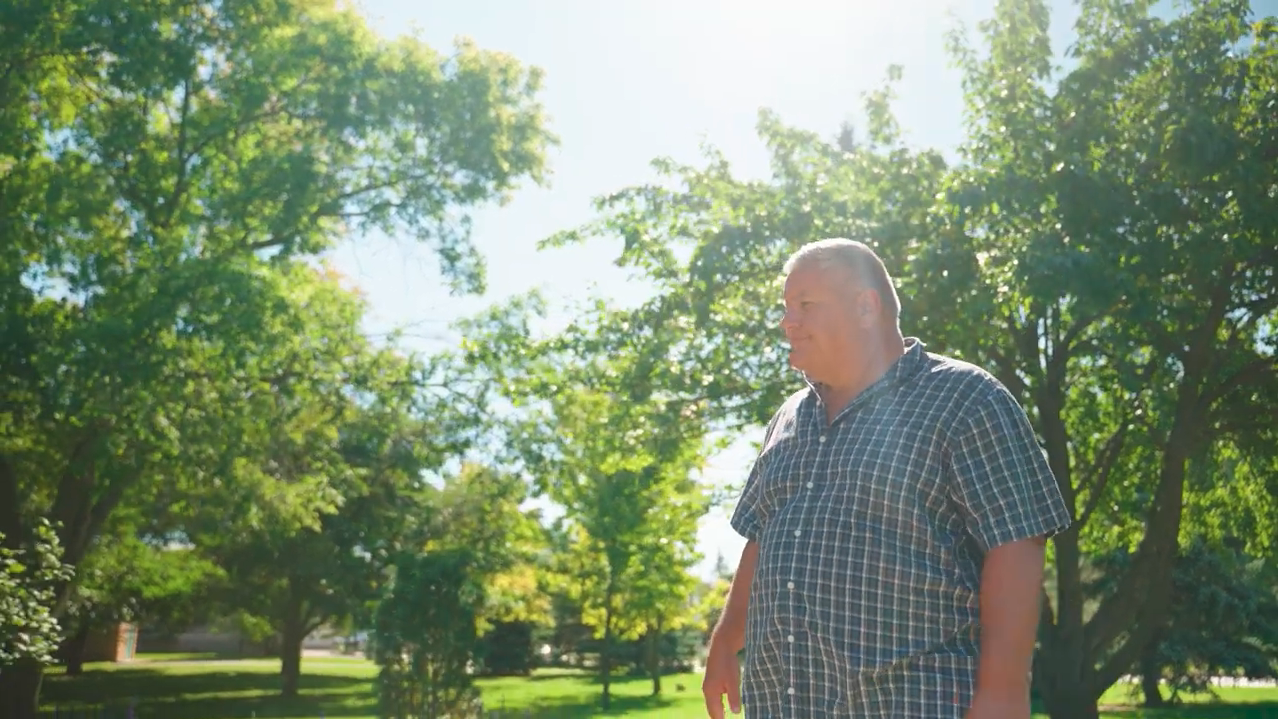 Learn more about the COVID-19 vaccine from official sources.